Get to know amazing people

We know teams win games, but they only win if they have the right players. Ace has built a team that is results-oriented and focused on helping our clients accomplish their Big Picture results and achieve their goals. 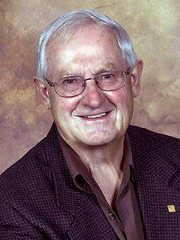 Ace Cetinksi has been a part of the Edmonton business community for a while. He has been a supporter of the greater community for even longer. He brings a wealth of experience, knowledge, and expertise to everything he does.

His story of influence began when he became an Edmonton Wild Cat, making the All Starts Team. A bit of trivia about him, he was the last Cat to play for the “Eskies”, even though it was only one game. He made a return a few years later as the President of the Club.

Ace first achieved his CA designation, and a short time later went on to acquire his MBA from Western University. His first jump into business was an attempt to rescue a plastic injection company from receivership. He loved the challenge so much he opened his first CA practice and built it from the ground up himself. It wasn’t long before he was the President of the Sherwood Park Chamber of Commerce, was coaching the North Stars Bantam Football team, helping to support the Sherwood Park chapter of Junior Achievement, and was recognized as Business Person of the Year.

Ace’s whole adult life has been devoted to helping businesses grow, succeed, and develop legacy plans. Whether you want to maximize your financial efforts or you want to buy or sell a business, Ace and his team are ready to prepare and negotiate on your behalf.